Every continent has its own voice and own traditions that composed our past and influenced whole generations of people.

However, in every tradition, the common denominator is preserving the goodness of common memory in order to build a future where justice, brotherhood, and equality are the cornerstones of society joined and sound.

EKOUA exactly embodies the principle which is why we have the responsibility of dismantling old systems of oppression, traditions, and concepts substantially disastrous, going toward a future where the common good comes the first.

Important messages can be spread through animation too, which is able to directly reach people’s hearts thanks to her simplicity of communication.

We had the pleasure and privilege of interviewing KOUAME Abel N'guessan, EKOUA’s Creative Director, known as Filmmaker pioneer of animation in Occidental African’s context and, with his team, author of many animation products 2D/3D of international elevation.

• Congratulations again for your victory with EKOUA at the Vegas Movie Awards, Kouame. We know you have a long career in the cinematographic African context and not only: for those who do not know you yet, would you present your achievements and the most important roles you had during your career?

Thank you very much to Vegas Movies Awards for this recognition. My team and I, we won’t stop!

I started my career as an author of comic strips and illustrator under the pseudonym 'Kan Souffle'. But from the beginning, the desire to see my characters adapted to the animated film was very strong.

Then, I decided to launch Afrika Toon animation studio with a group of friends in 2006. After many little productions, I decided to engage the team in a feature film Pokou, princesse Ashanti. In 2013, at the film’s release, we are surprised to hear that it is the first animated feature film of Occidental Africa. Motivated for the success of this first feature film, we decided to follow the momentum.

Today the animation studio has 2 offices. One in Abidjan in Ivory Coast and the other one in Annecy in France.

• The animation sector is a difficult one, whose potential is not often considered enough, remaining not expressed. How your career in the animation began, and why you decided that this type of visual-communicative art was your way?

I think that I couldn’t do anything else than comics and animation.

After college, I was oriented for the faculty of Pharmacy, I think I only did one week. Knowing what I really wanted to do, I preferred to enroll in the faculty of Fine Arts of Abidjan. Then, I committed myself to this challenging but still fascinating sector.

What is exciting in the animation field, it is the fact that the daily challenges make you humble and also respectful towards all those who are in this field.

There are all types of difficulties. You need to find collaborators with some basic knowledge to let them join an animation studio. When we can’t find anybody, we need to train young talents in animation techniques and the production pipeline. Obviously, after that, there are difficulties finding financing and ad hoc aids. What is exciting in the animation field, it is the fact that the daily challenges make you humble and also respectful towards all those who are in this field. In any case, it is a job where the stars are the characters that you create - KOUAME laugh.

• What is the philosophy, values, and ambitions on which Afrika Toon and its products are founded on?

Afrika Toon, our philosophy: we have nothing to complain about, nobody asked us to make anything - KOUAME laugh.

The values of our studio are: Observation, Passion, Action, Innovation, Quality, Strictness, Regularity.

• Now, the film industry in Occidental Africa is still rather virgin: which success and which resistances you had to face in this new marketplace?

When you start an activity that doesn’t exist in a place, you have two choices: you can see it as a difficulty or an opportunity. We decided to see in it an opportunity. And I think that this strategy was profitable.

• EKOUA is certainly a product interesting and futurist, which highlights the positive and negative side of traditions in conflict with a future of a collective unity whose only sacrifice requested is personal for the common good. Where this history plunges one’s roots and what important message do you want that she transmits?

This first feature film talks about a Queen who sacrifices her only son in order to save her population. This history takes place in Ivory Coast. I asked myself whether this sacrifice was necessary and what was the sacrifice that each person need to do for the others. Ekoua was the queen’s name who historically reigned after Pokou, then I decided to call my heroine by this name.

• EKOUA is a Feature Film, realized with the innovative 3D technique. Why have you chosen this type of animation, how long it took, and how many resources have been used to obtain this product?

We have a lot of productions in various styles of animations 2D or 3D. However, the team nowadays naturally tends to produce in 3D when we are dealing with the feature film; our 5 feature films are in 3D. Ekoua, it is the result of two years of production and around forty collaborators (employees and external collaborators).

• Which are the biggest satisfactions for you and your Team in succeeding to transform old Ivorians traditions, with which you have grown up, into educational cartoons that can bring their commendable messages all around the world?

Art and creation bring people together. Therefore, I’m glad to contribute to this rapprochement.

• We know that you were the first animated feature film Filmmaker of Occidental Africa. Congratulations, it is a role of huge responsibility and a model to follow, a role that you honored reserving the possibility of expression and development by contest and competitions. How important it is for you to develop and to grow the artistic perception of young people of the continent and to give them new opportunities for the future?

Today, animation is an extraordinary opportunity for artists who want to express themselves. Because animated film or video game includes a multitude of disciplines.

Today, our animation studio is a 'school studio'; we train our collaborators and our young talents. And with the notoriety acquired, we try to do different activities that allow us to reveal potential artists. 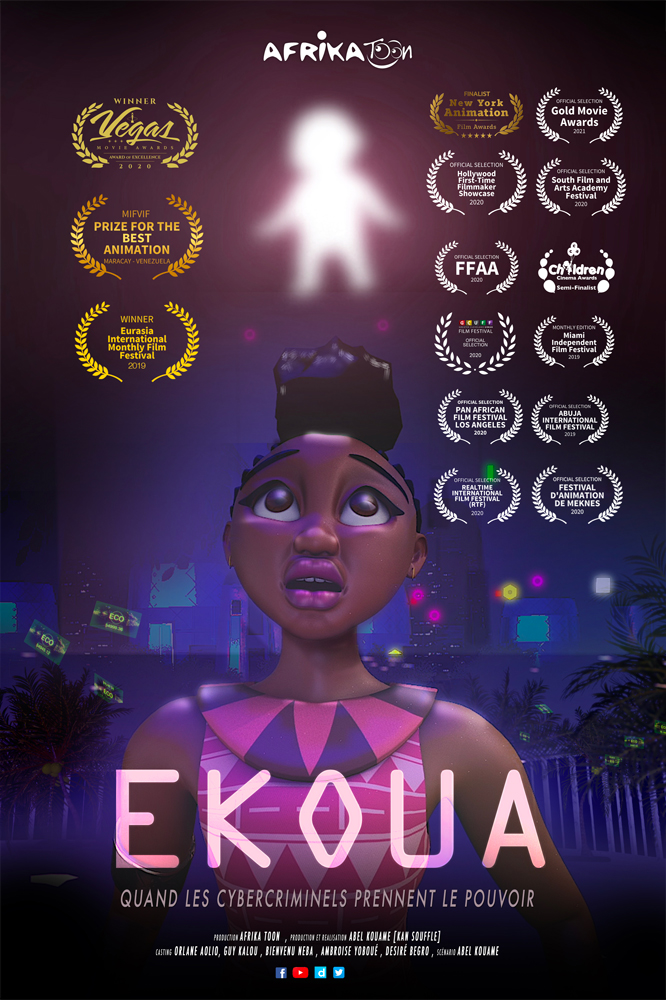 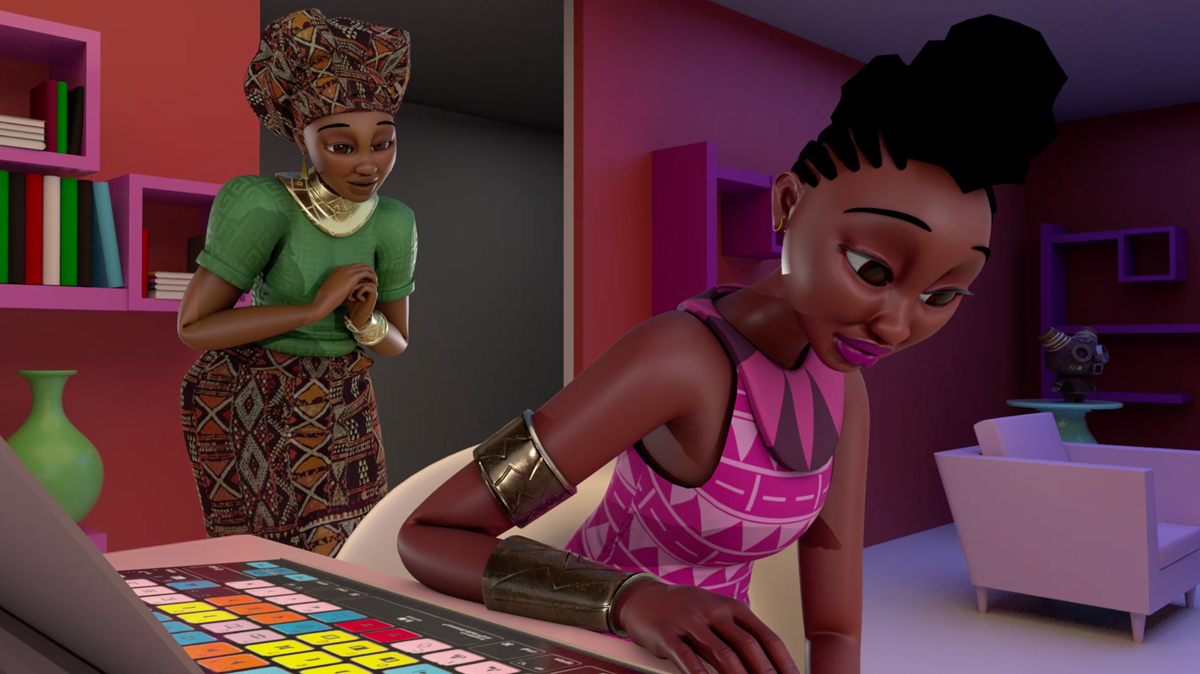 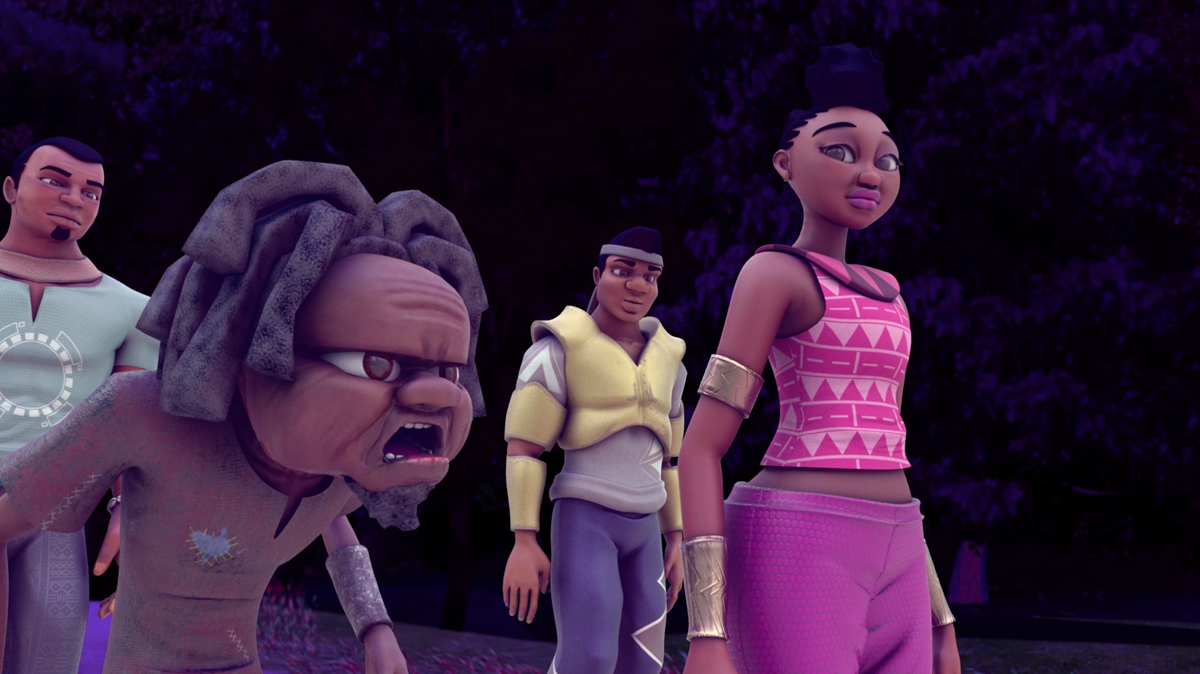 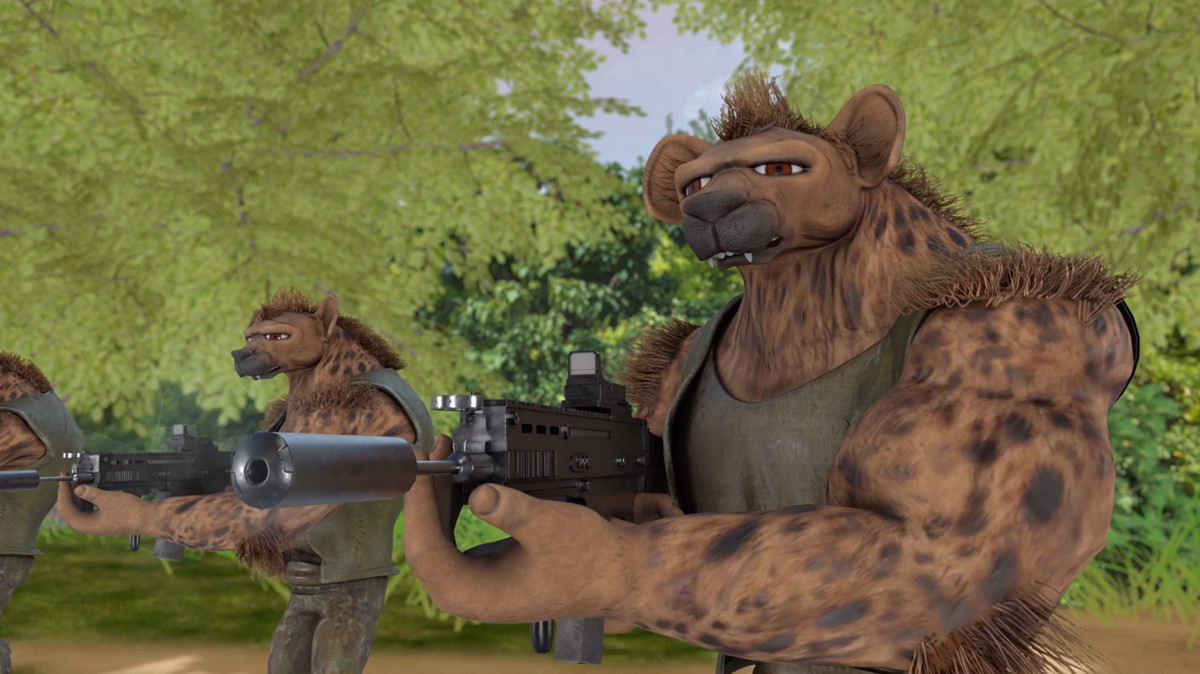 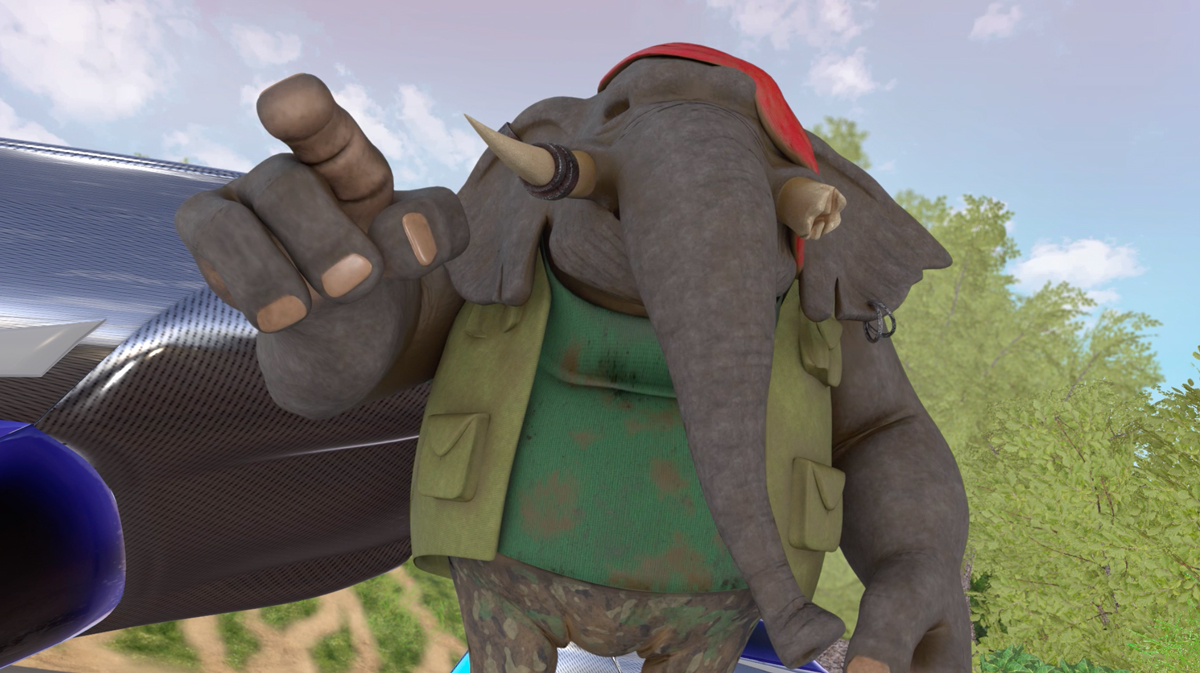 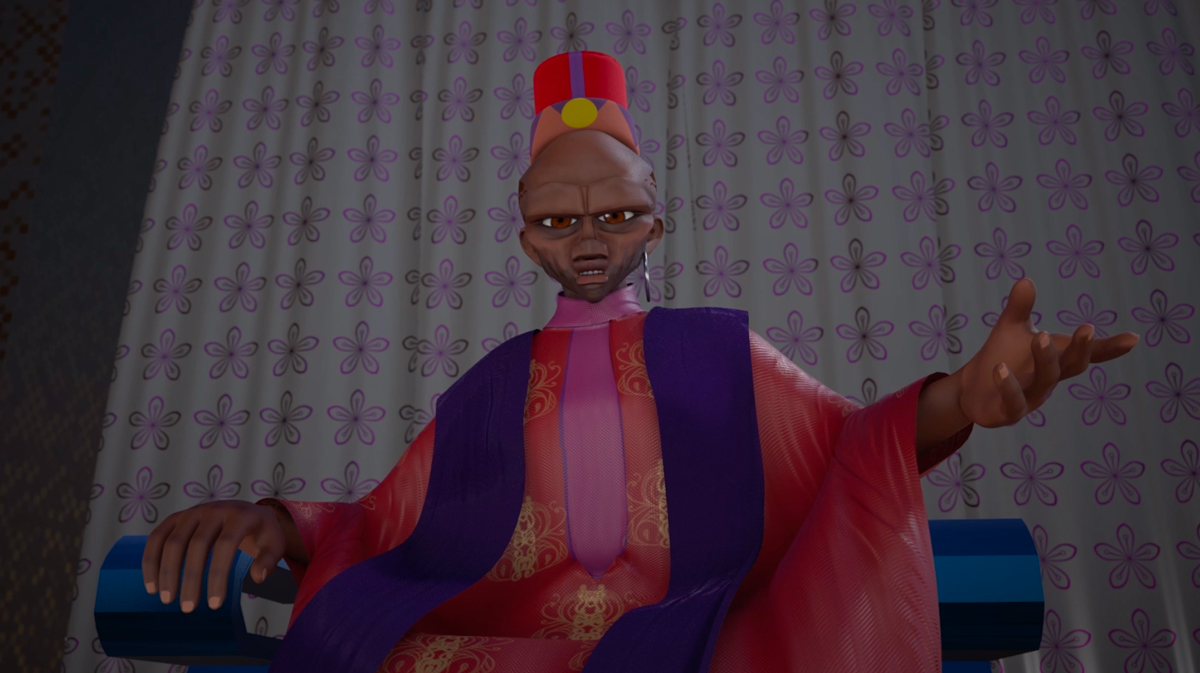 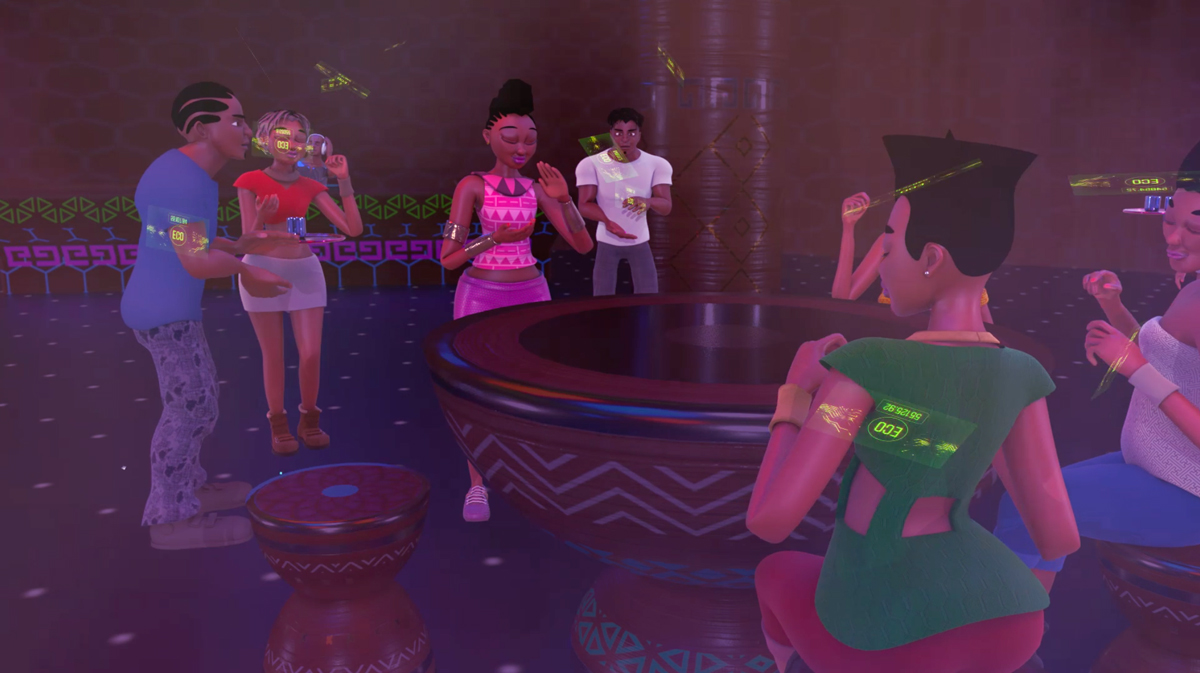 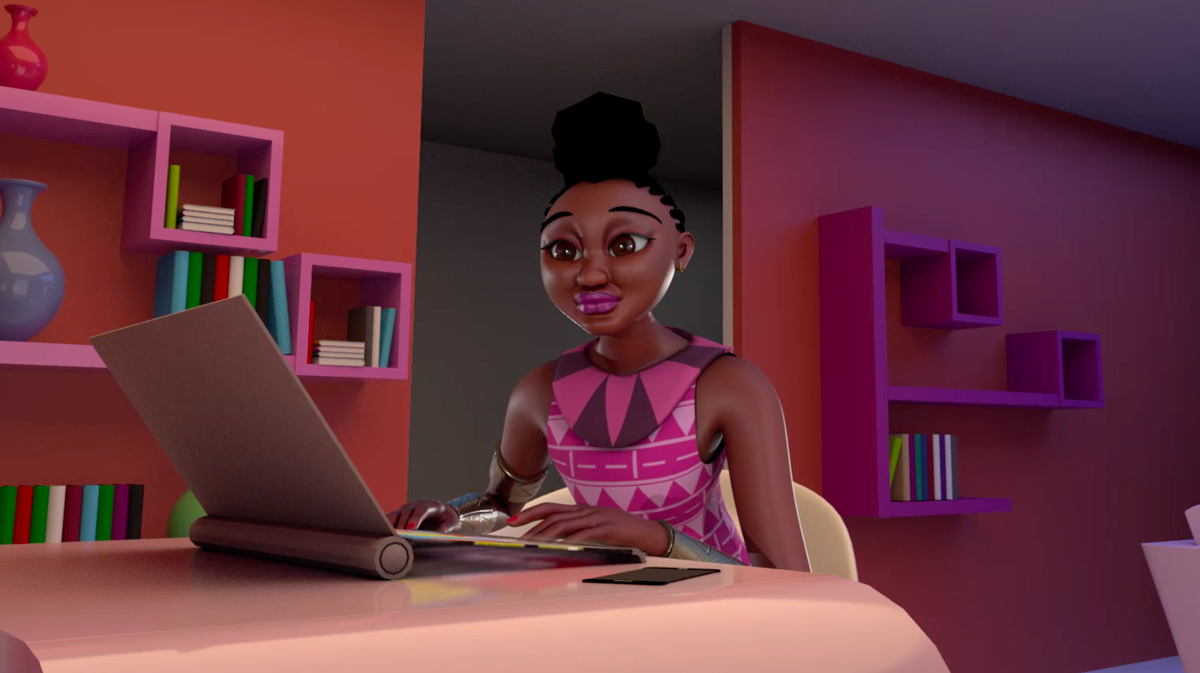 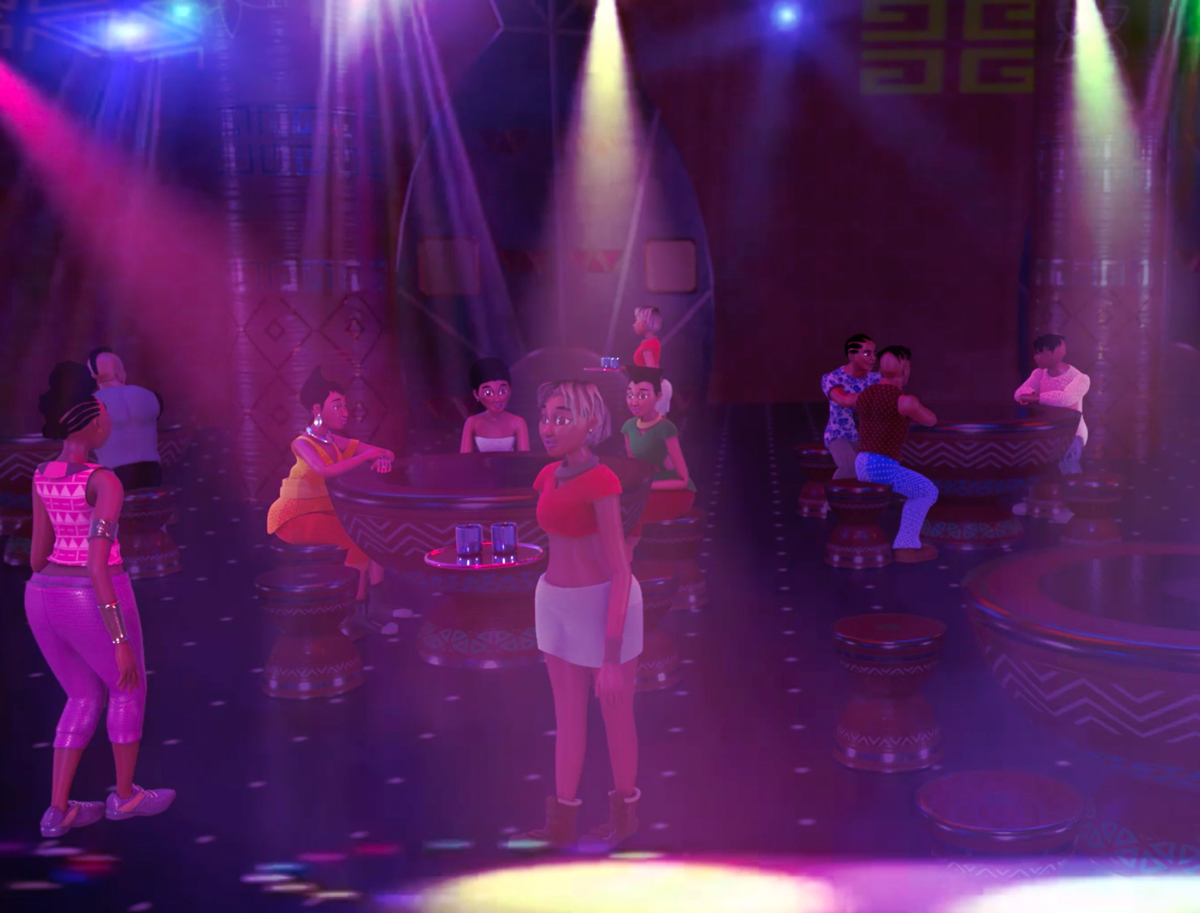 When you start an activity that doesn’t exist in a place, you have two choices: you can see it as a difficulty or an opportunity. We decided to see in it an opportunity.

• According to your commendable experience and knowing what does really mean the sacrifice, what do you suggest to young people who approach to this art form, or maybe convinced of not having the possibilities to achieve their goals?

You need to act now and to adjust your strategy along the way.

• What are your plans and where our readers can find your movies and know a little more about you?

Several projects are in development or in production. We can be found very easily on the internet and social networks « especially YouTube where there is a strong community with channels in French and English » by typing Afrika Toon. Our movies are also available on various VOD platforms.

• Thank you for bringing Africa’s voice in the Las Vegas’ spotlight. Is there someone who would you dedicate the closure of this inspiring interview?

To my family and my collaborators.