“The truly unforgivable lie is the one said to oneself for the only purpose of believing, for love, the lie of the other.” Unknown

It’s with this expression that we start the interview of today to Dezmyre Volmeus, a young author, director, maker, and actress coming from Florida, of Haitian origins, who won as Best Woman Filmmaker – Category of Excellence – September Edition – with her short film “Lost and Found”.

With its 15 minutes, the short film tells the courage of a woman to take on, with much suffering, her ex-con first lover with whom she is still involved and put an end to his lies even in a sneaky way, thus taking back the reins of her own life.

• Hello Dezmyre, glad to have you here today! Congratulations again for your victory as Best Woman Filmmaker, an extra category that Vegas Movie Awards intensely wanted to reward high-quality projects and all-female, free of charge. Do you want to tell a little bit about yourself and how did you approach the world of cinema?

First off, thank you so much for creating an amazing platform which shows tremendous support to independent filmmakers. I am Dezmyre Volmeus, born as Clernicole Volmeus, a proud Haitian American from Miami, Florida. I am the daughter of Marc N. Volmeus and Clerda Cajuste. I graduated from Florida International University with a Dual Degree in Political Science and International Relations. I worked at North Miami Police Department before embarking on a new career in filmmaking. It was after the death of my grandfather, Jerome Cajuste, that I had gained the courage to pursue my dream. In Haitian culture, there’s this expectation of one to become a doctor, lawyer, or engineer. But, my grandfather would encourage me to push for what my heart desires. I knew I was born to be in the film industry because I used to write poetry and perform at schools. I noticed how much impact it had caused. Writing poetry was my safe place of expressing real pain. On August 11, 2012, I made a vow to pursue my passion. I packed two suitcases and didn’t consult with my parents because I knew they would try to change my mind.

• When did you realize that belonging to this world full of opportunities, but also of real challenges, could be what was apt to you better?

When I first moved to California, I had first settled in San Diego. The real challenge was driving from San Diego to Los Angeles three times a week just to take acting classes and some time for auditions. It also did create a dent in my relationship with my parents. It was tough but I was on a mission to prove to my parents that I could make them proud in the entertainment industry. Gaining my parents on my side had become the greatest motivation to keep going.

I was on a mission to prove to my parents that I could make them proud in the entertainment industry. Gaining my parents on my side had become the greatest motivation to keep going.

• After this experience as a writer, director, producer, and actress, which role better expresses your talents?

Surprisingly enough, this experience just activated me to continue improving in all of the skills. I look up to Tyler Perry a lot because he has done it all. So, this film gives me the green light to push even harder and not put a limit on myself.

• If you could choose the projects to work on or the people to work with, with whom would you like to enrich your artistic career?

There is a list of people I can name, but the main person that I would love the opportunity to team up is Tyler Perry. I am hopeful that this dream would come true because I am exactly what he is doing but just on a different level. It was him who told the world during his acceptance speech “NOT TO WAIT FOR HOLLYWOOD & GO BUILD YOUR TABLE".

• How did you cross the path of Kiki Haynes, Chidi Ajufo, and Ty Mcgee, and what encouraged you to collaborate with them?

When I moved here, I was on a mission to learn every aspect of the business. I was fortunate enough to intern with Casting Director Anissa Williams. I learned everything about casting by working with her. When it was time to cast my project, I wanted to do everything on the professional level. The casting experience made me realize how tough it is to make a decision picking actors. I had my mom involved in the casting process too so it was a combination of experience, how well actors take direction, and the confidence in the room. Kiki, Chidi, and Ty were extremely professional on set. I do not regret collaborating with them.

• Lost and Found is a project revolved around unrequited love and the stubbornness of a woman to go all the way down to discover the truth and to reclaim her dignity. How is the project born, and more generally, who inspires you for your screenplays?

Lost and Found was created from a personally painful experience. I use Tyler Perry’s story as my guideline to write with a specific purpose and address issues that need to be changed in the community. My goal is to make women be aware how loving a man too much can easily lead to neglecting oneself. It’s important to love yourself so much that you don’t ignore the red flags in a relationship.

• What were your biggest satisfaction with this project, and what “difficulties” let you grow, in any way, as an artist and a human being?

The biggest satisfactions is being knowledgeable about the film industry. However, the difficulty that I have yet to master is finding investors. I did not let that discourage me from producing that project.

• We know that your mother was your number one supporter for this challenge, despite at the beginning she was absolutely against your pursuing a career as an actress. How did you manage to change her mind?

It took me a while to understand that my mom was speaking from the place of a mother. The best way to prevent her from worrying was to make her be a part of the process. I shared everything that I know about the filmmaking process until I win her over!!!

• Do you have any anecdotes from the set that you would like to share with our readers?

After these recognitions, what do you feel you can bring, as new awareness, in your future projects?

“NEVER LET FEAR OVERPOWER YOUR POTENTIAL”. After these recognitions, it activated the fire in me to bring new awareness such as the courage to pursue a dream even when the odds are against you, the courage to relocate and embark of self- discovery, the power of trusting God, and the courage to break the cycle of Haitian’s cultural when it comes to career choice. 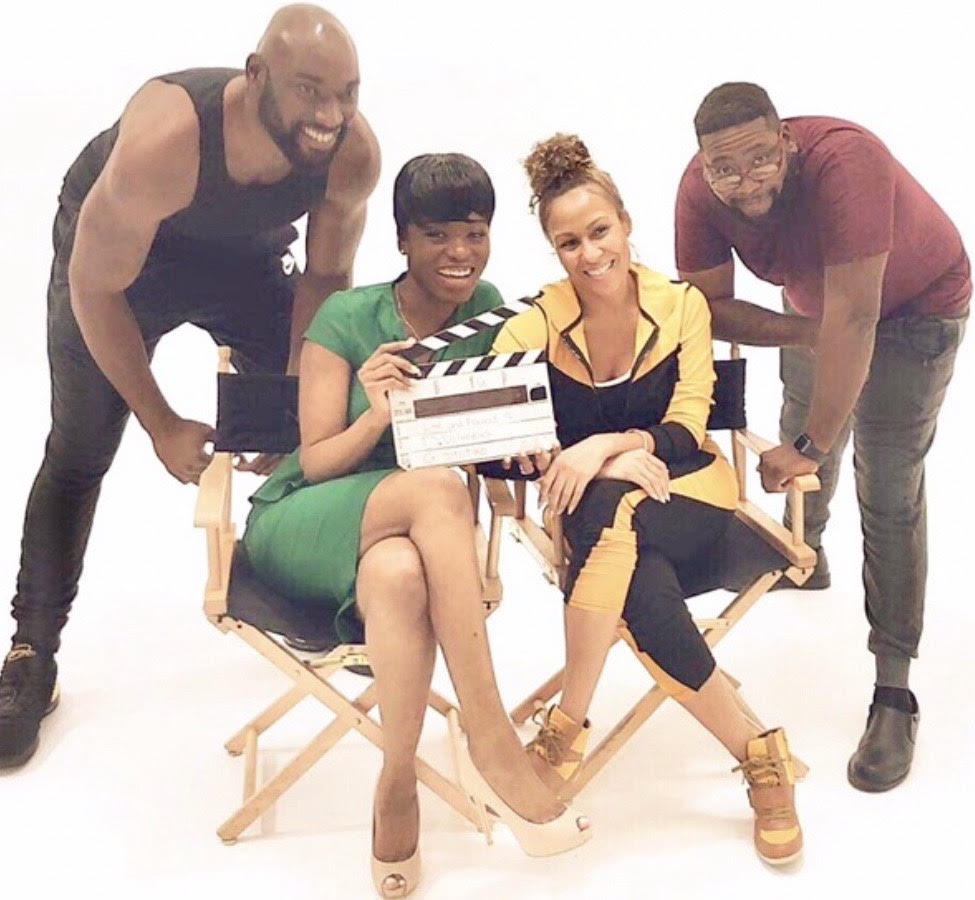 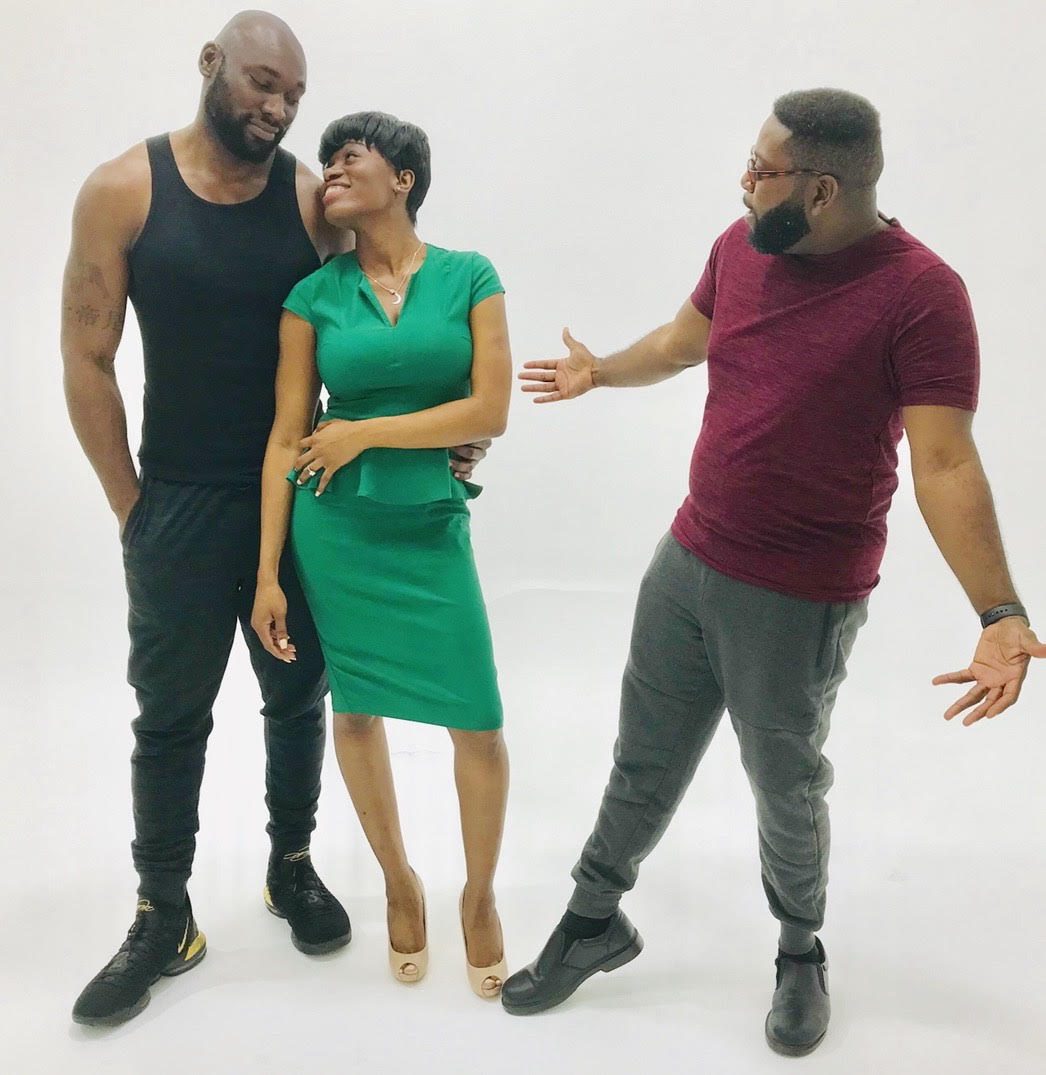 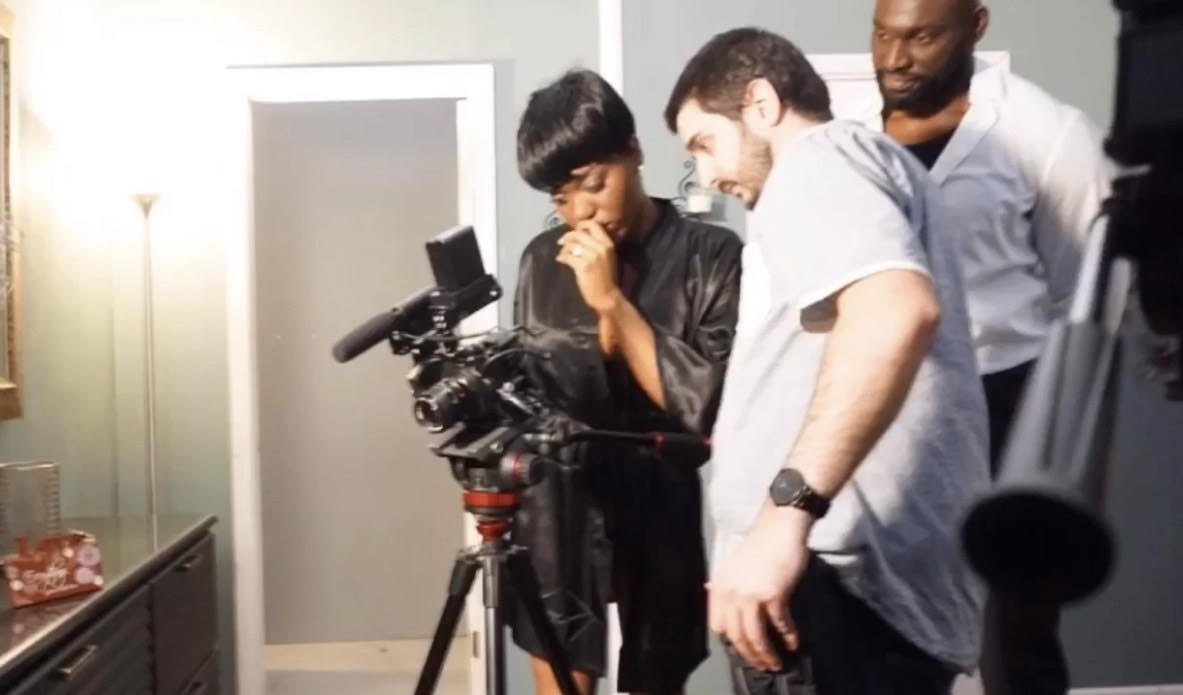 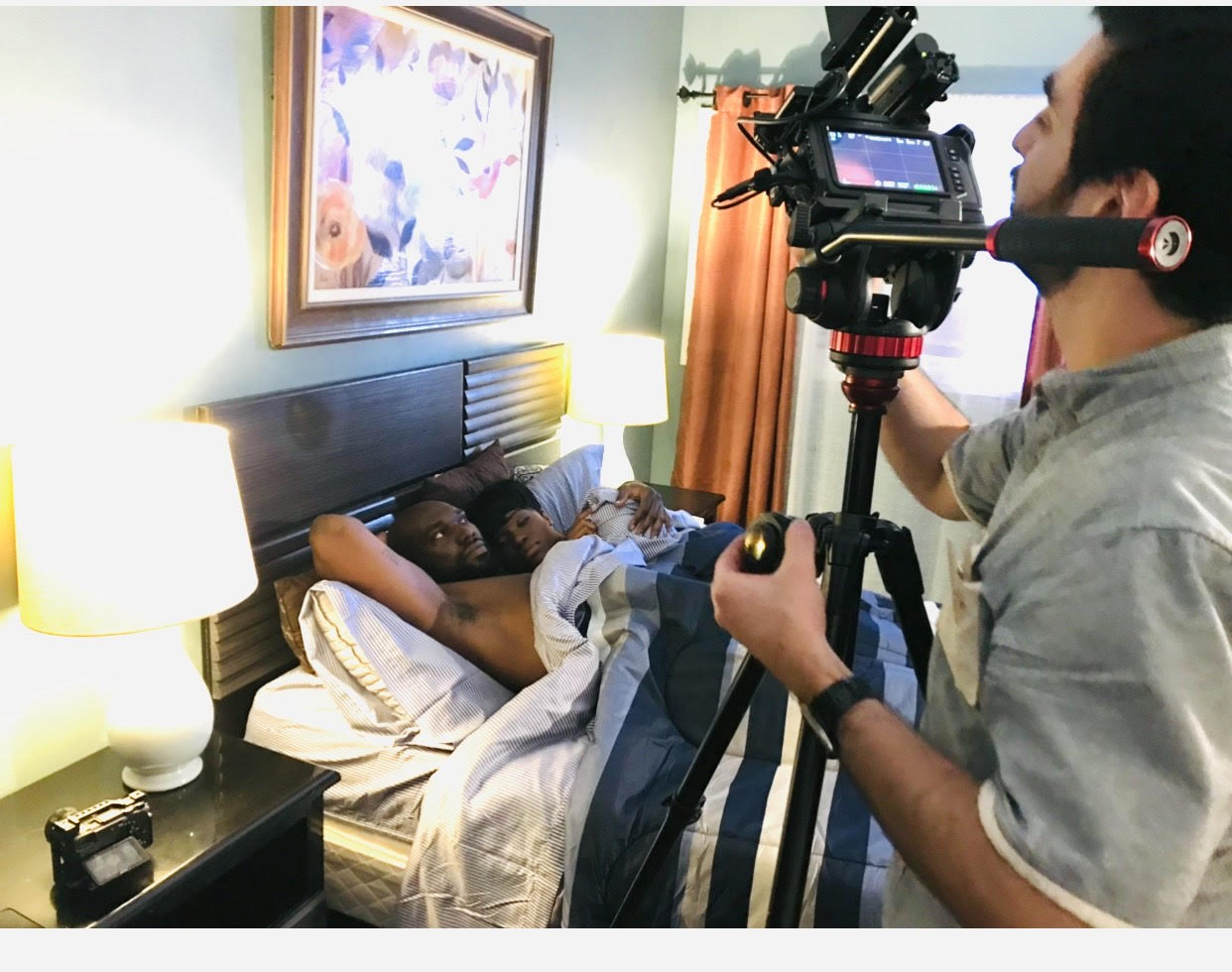 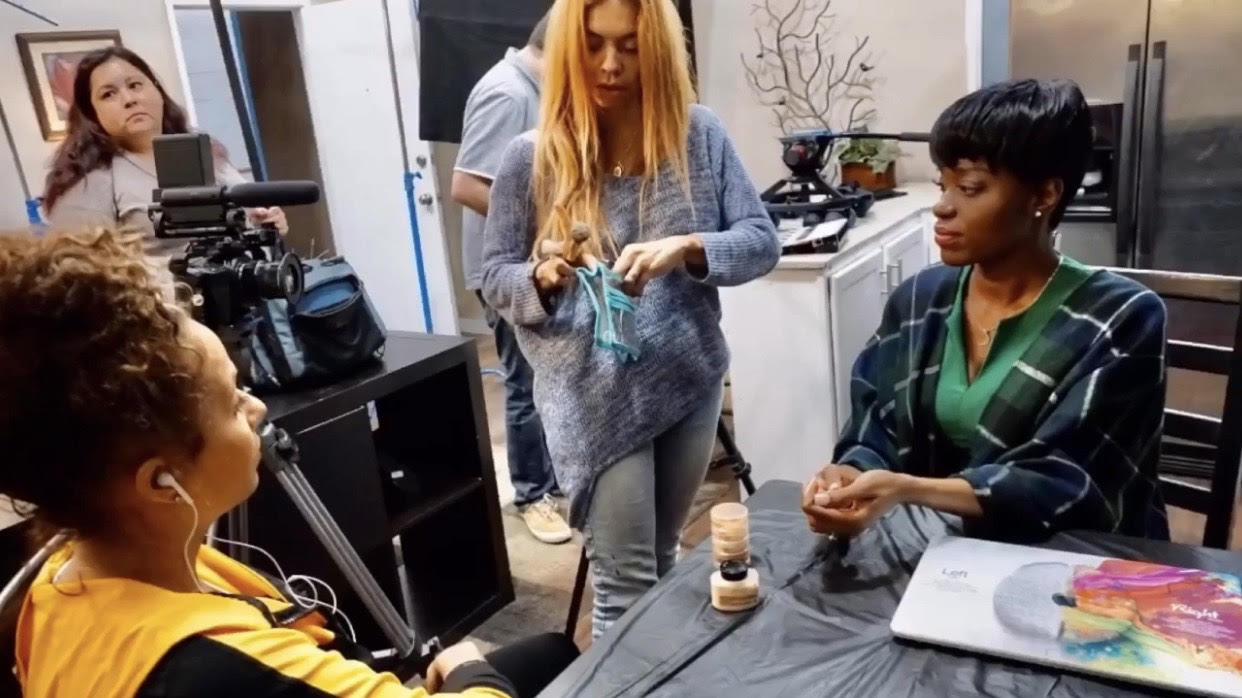 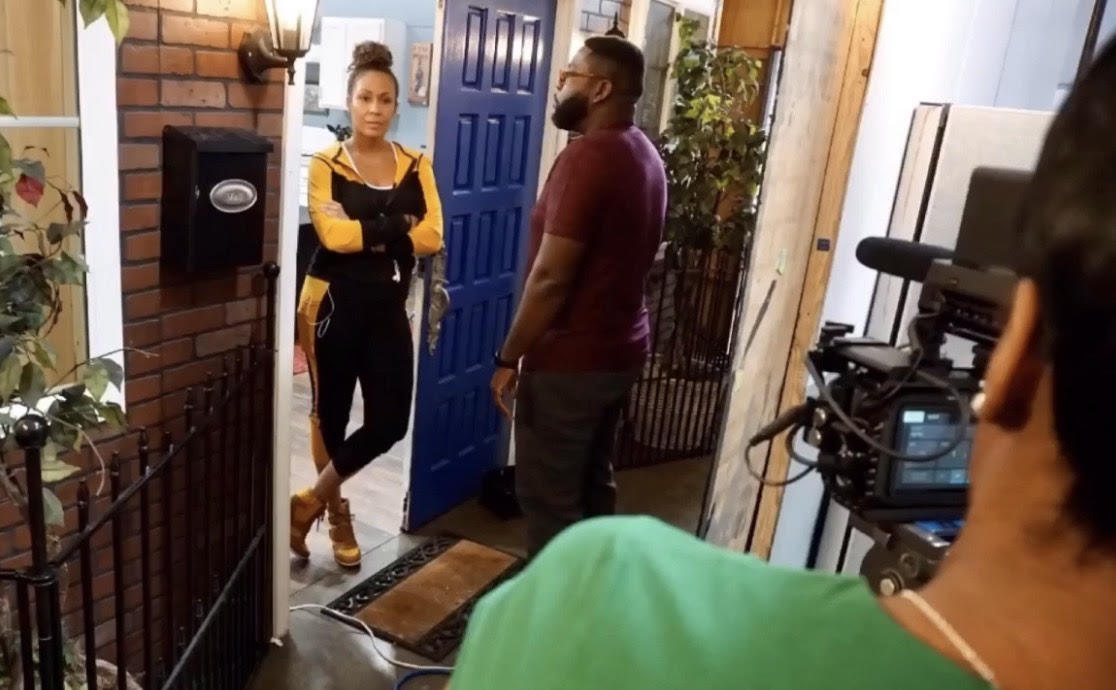 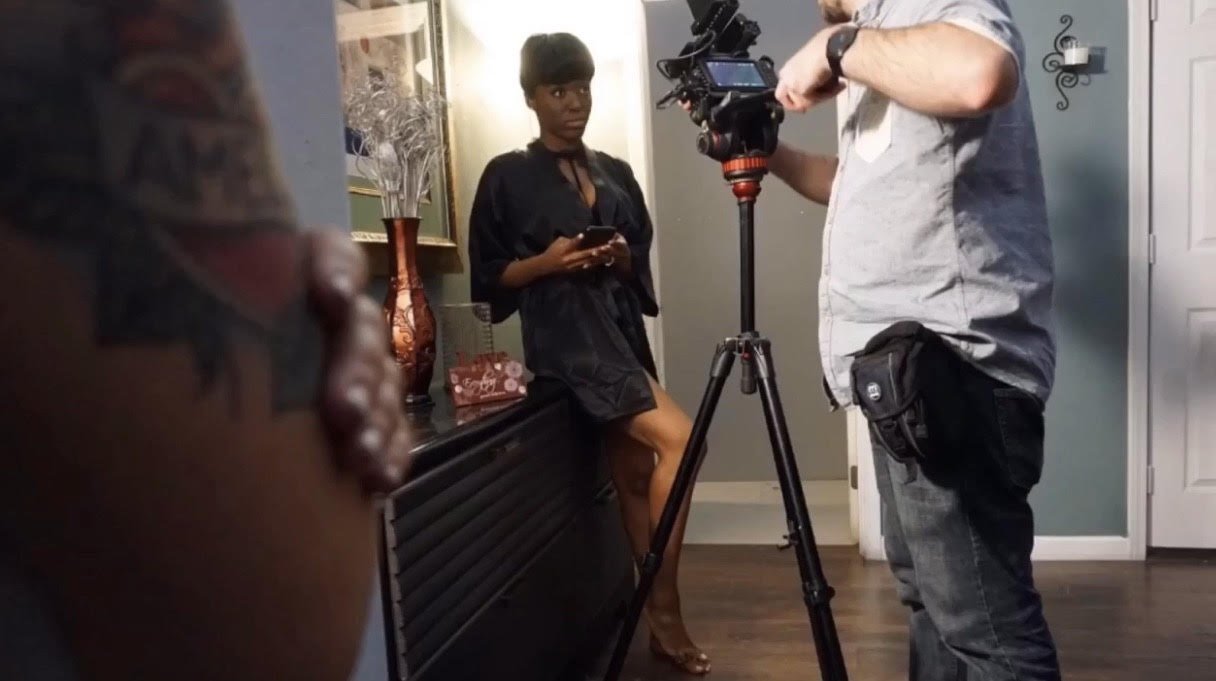 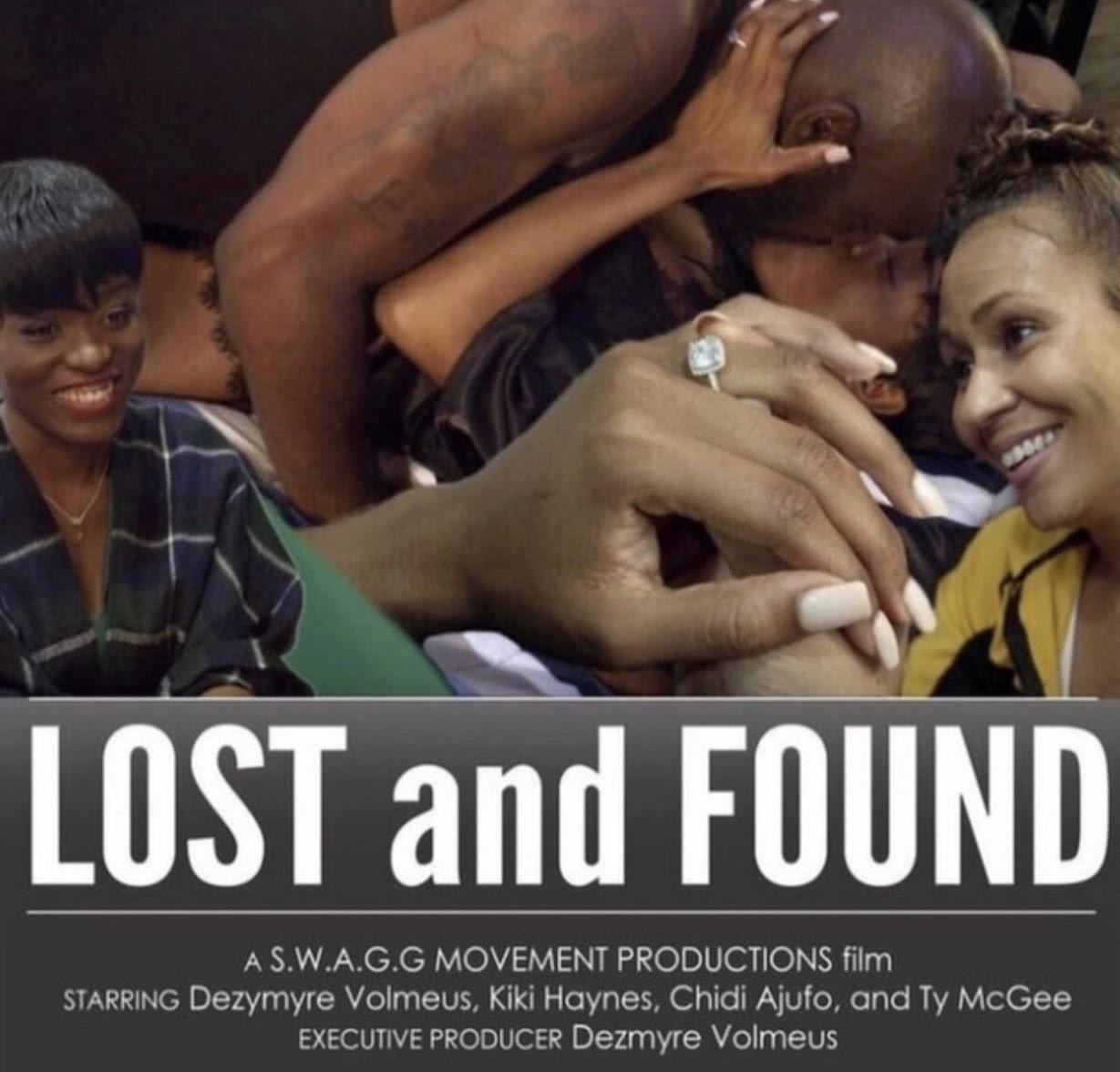 The best way to prevent my mother from worrying was to make her be a part of the process.

• Where our readers easily can find you, your past, and future projects?

• Thank you for joining us today, Dezmyre. Is there someone who do you feel you want to thank at the end of this interview?

What makes this festival extremely unique, is the audience award category. It created an opportunity to promote the film in a major way. I would like to first thank God for his grace. I want to thank my mother, Clerda Cajuste, for her marketing skills. She was able to reach out to numerous radio stations, and the Haitian community to assist with the vote. Big thanks to the following radio stations: Max FM in St. Marc Haiti, Lotnivo FM in Brocton, MA, Toute Moun Jwen in Miami, Fl, Mosaic in Miami & Jacksonville, Fl, and Microssilon in New Jersey. In addition, big thanks to my brother Henry Claude Volmeus, Marc Nicolas Jr Volmeus who had nurses, doctors, and business owner Mohamed of Mango Nation clothing brand to cast their votes. My amazing friends more like sisters to me Julyne Toussaint and her husband, my brother in law Joseph Toussaint, Saude Durand, and Danise Julmis. Lastly, my amazing spiritual mentor Prophet uncle Ej Newton who pours in so much wisdom to me and everyone else who voted for Lost and Found.