Life can be really hard, but art, in any of its forms, always offers shelter and new opportunities for redemption. Talent, but above all the desire to succeed, in the long run bear fruit - if well nurtured.

Today, we interviewed Natasha “Zenobia” Matthew, writer and Executive Producer of the Web/TV Series ‘Zenobia’s Lost Ones’, winner as Best Drama - Award of Merit at the Vegas Movie Awards in July.

Zenobia, raised in a very unfavorable situation for an artist, is the perfect example of someone who has a talent and thirst for redemption. And in the end, she succeeds.

Follow us in this unconventional interview with an intriguing and passionate artist.

• Hi Natasha, first of all, we want to congratulate you on your victory at the Vegas Movie Awards! It is always a pleasure for us to provide visibility and recognition to new talents like yours. We read a bit about you and we know that the precursor of writing for you was poetry; a wonderful way to decode the world and our emotions. Would you like to tell us about how poetry and, later, writing intertwined in your life, and share a little bit about you with our readers?

Growing up in Syracuse, NY, in the James Geddes Projects to a single mother, the writing was a way to express me and my feelings at an early age. I was unable to discuss my feelings with her, so I would write in my diaries. My poetry started with the pain of daily bullying. “Natasha’s Revenge” was my very first poem. It was a 7-year olds elaborate tale on how to get back at those who bullied me.

• From creative writing to novels, when did you realize that this kind of art would turn your lifestyle into a real job?

My novels, stories, and now screenplays are more of an escape to me. As a single parent myself, I have continued to work one sometimes two jobs, in order to take care of my family. I am still dreaming of the day I will actually get paid for writing.

My novels, stories, and now screenplays are more of an escape to me. As a single parent myself, I have continued to work one sometimes two jobs, in order to take care of my family. I am still dreaming of the day I will actually get paid for writing.

I am versatile in my writing but erotica was a challenge to myself. I have a very vivid imagination and would often hold discussions online with others about sex. Literotica was a test run of sorts. I would submit a new story or two every week. I received such praise for my stories, the next obvious step would be for me to put it on paper.

• Who or what inspired you to write ‘Zenobia’s Lost Ones’?

A great trip to the Bahamas, lying in a raft, staring at the clouds, inspired the story of the Reid family and the book “Lost Ones, A Novel”. Everyone who has read the book suggests that it should be a movie. Upon returning to Syracuse from Virginia Beach, I was asked by a fan, “when is that book going to be turned into a movie?” I thought to myself why not, you can do it and now “Zenobia’s Lost Ones” is here!

• How did you determine whether ‘Zenobia’s Lost Ones’ worked better as a Web/TV Series and not as a Short/Feature film?

I’ve written several versions of “Zenobia’s Lost Ones” including as a feature film but Director Stefon Greene and myself concluded there was just too much to try and condense. We have two books and a time table to try and tell this story.

• Your series was directed by Skyy Cannon, Sierra Williams, and Stefon Greene: how did your collaboration with them start?

Upon hearing that I wanted to turn “Zenobia’s Lost Ones” into a film, actors Chianna Boatman and Sonnie Rays introduced me to their fellow college friends, Skyy Cannon and Sierra Williams. I pitched them the idea and they brought in Stefon Greene to the project. Stefon took over the directing duties once Skyy and Sierra graduated from college.

• The adaptation of a novel to a film or Web/TV Series is always a difficult decision; the freedom during writing is great, but the same cannot be said when trying to adapt it to the filmography. What difficulties did you encounter in this process and what compromises did you make in order to turn ‘Zenobia’s Lost Ones’ into a TV Series?

I had to make some hard decisions on what we can show and what we can’t. We’ve had some discussions on the book vs the script. I compromised for the good of the film. As the Creator, I wanted to show “my baby’s” potential and how good this story really is. I didn’t want a watered-down version of the book. 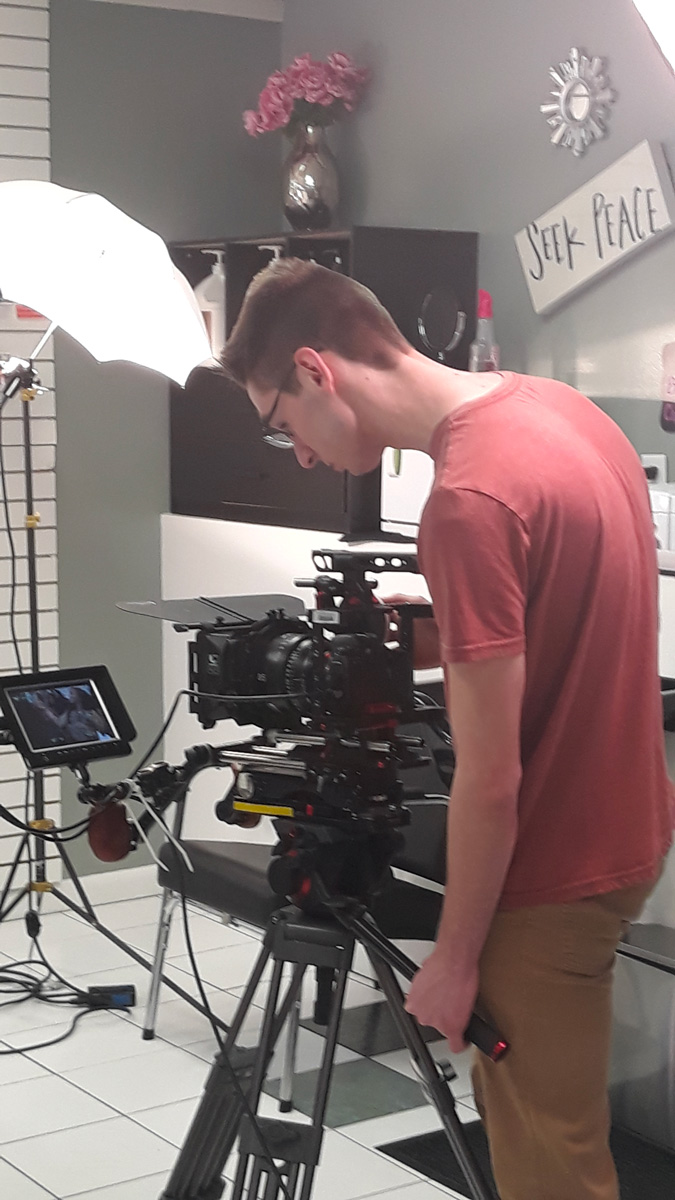 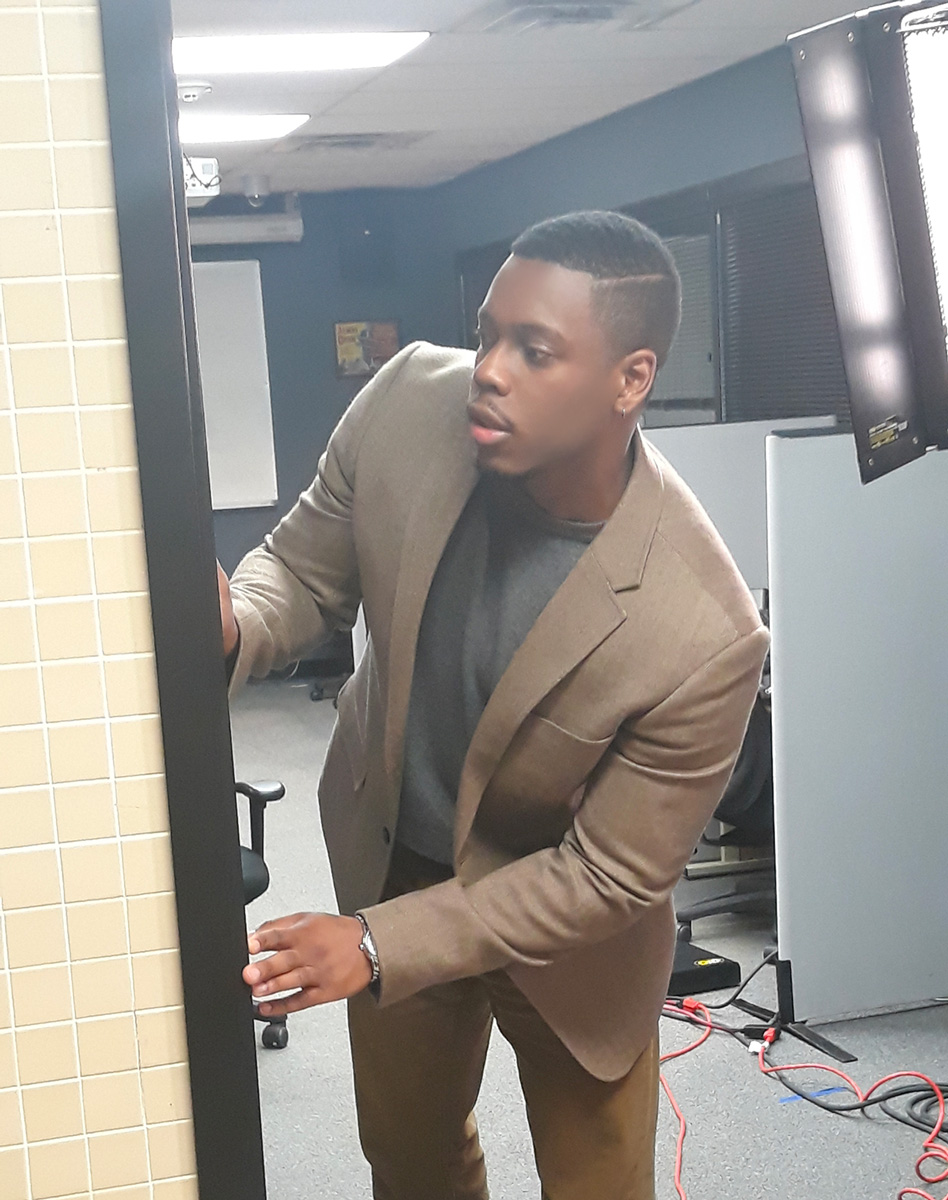 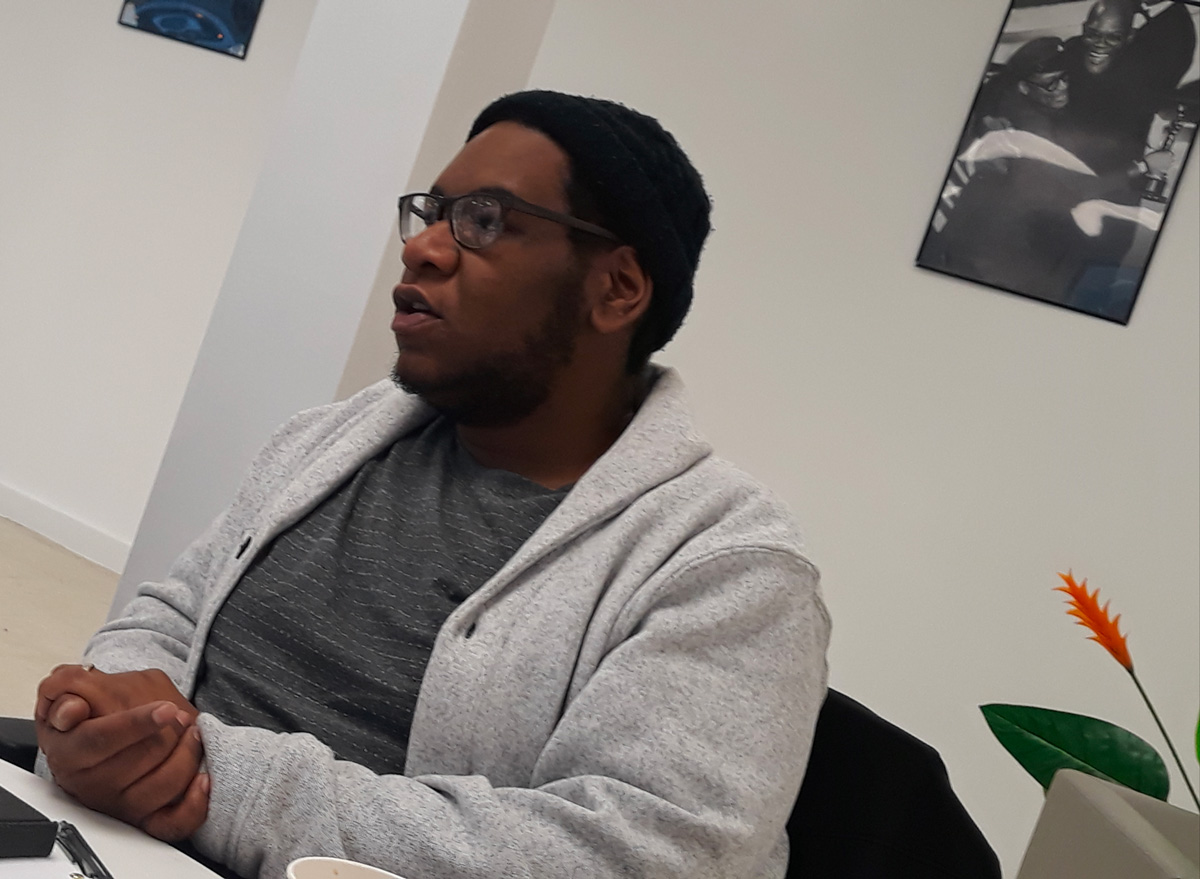 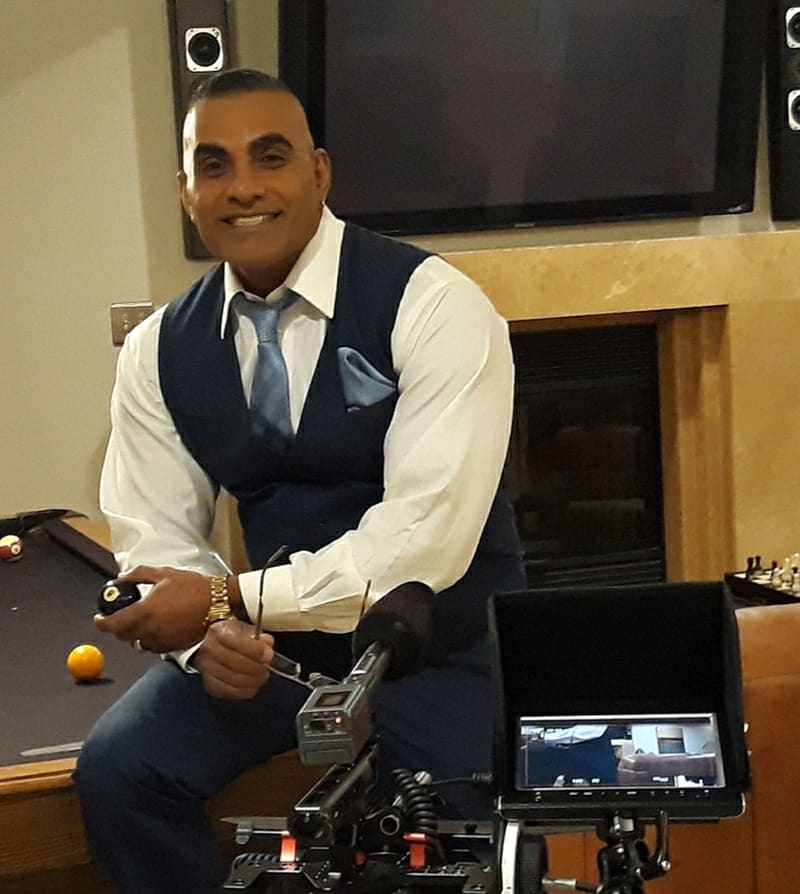 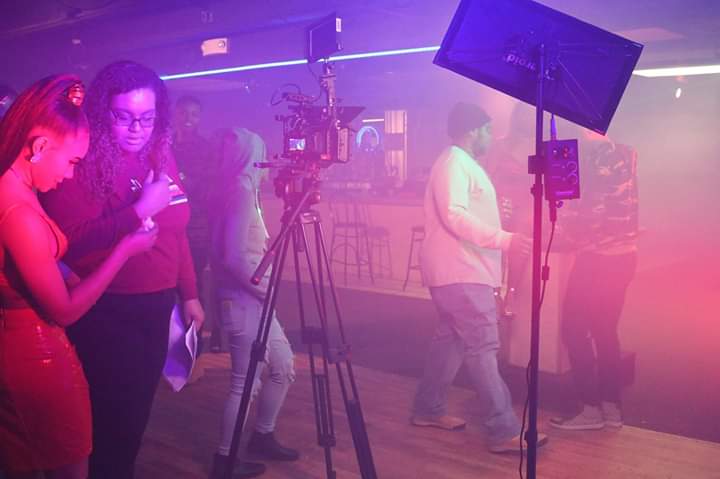 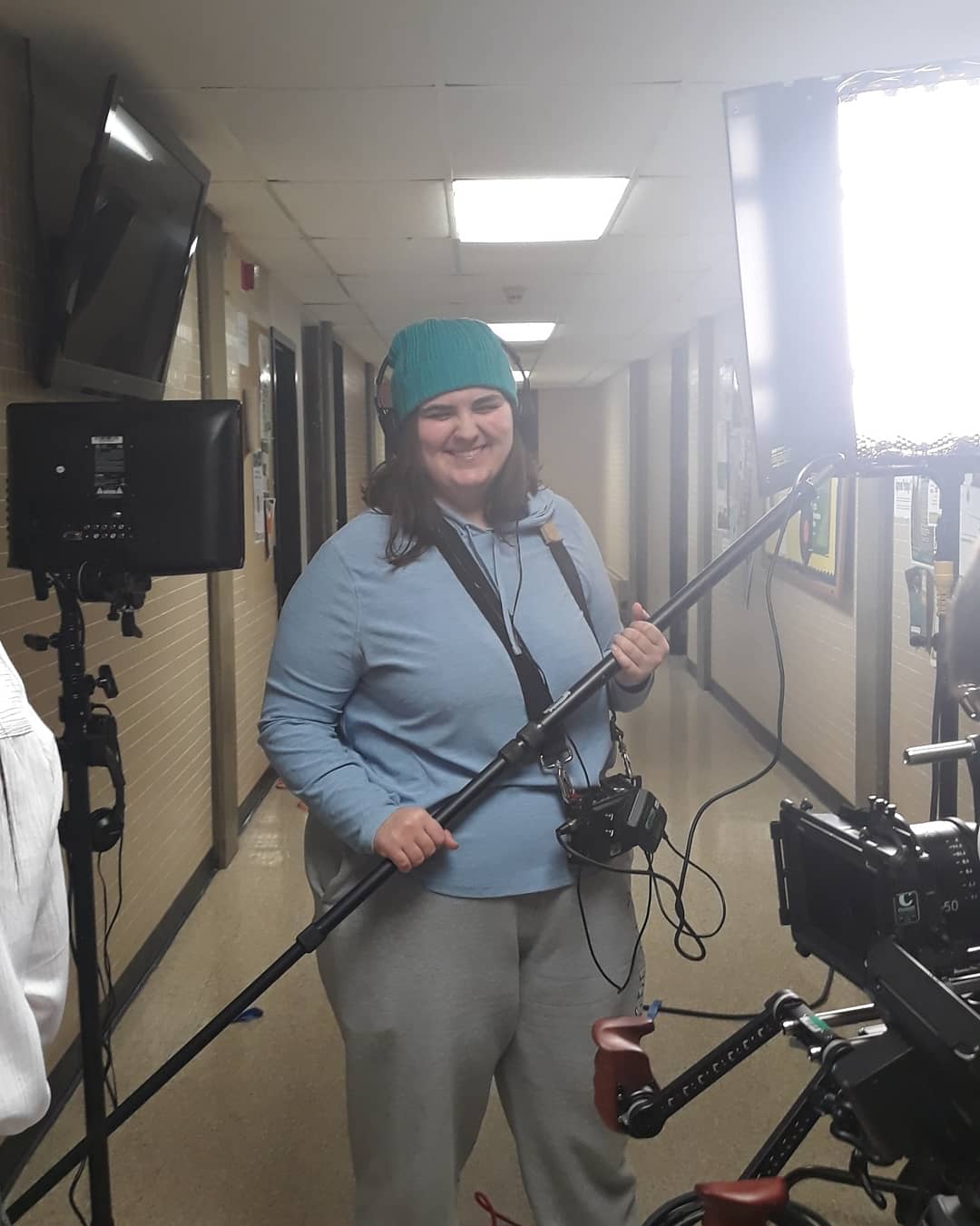 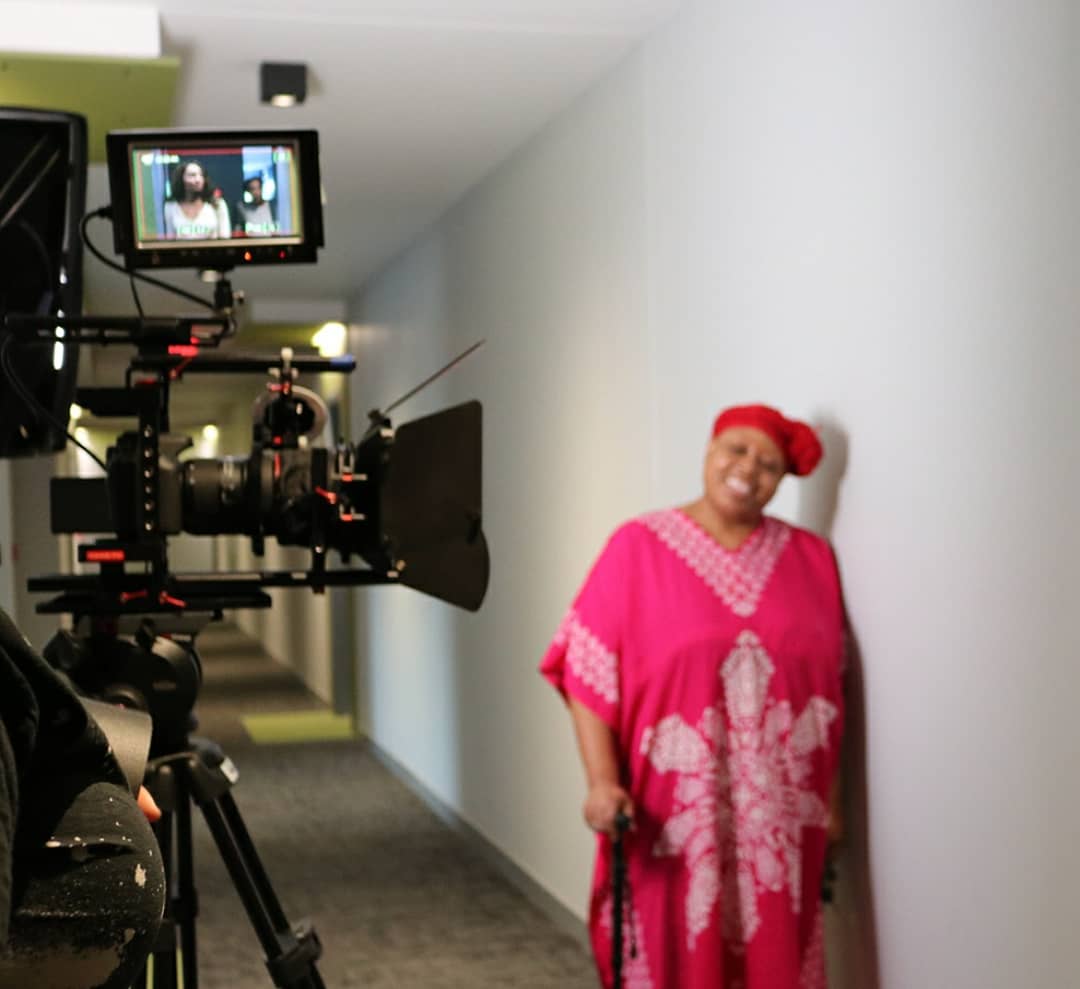 I held auditions, I actually approached people that I thought were sexy, anywhere and everywhere; in the mall, barbershops, word of mouth, etc.

• ‘Zenobia’s Lost Ones’ features a very large and talented cast. How did you select the actors and what difficulties did you encounter in finding the right people for each character?

It was not easy. I wanted a handsome cast for this story about a prominent African American family from Virginia with secrets and not enough morals. I had relocated to Syracuse and I wanted to showcase how beautiful we are in the Upstate area. I was told time and time again, I had to go to NYC to find what I was looking for. I held auditions, I actually approached people that I thought were sexy, anywhere and everywhere; in the mall, barbershops, word of mouth, etc. we have a beautiful cast. For example, Chianna Boatman (Sasha) was in my first movie, The West End. I met her while inquiring about office space. While filming The West End, we were discussing her playing the role of Sasha. Actress Katishma Grey (Katherine) auditioned for The West End and did such an awesome job, I knew she was just right for Zenobia’s Lost Ones. Actors Eddie Rosado (Dexter), Nate Taylor (Roman), and Liz Dunn (Keesha) came to the production after we decided to make some personnel changes. For a micro-budget film, we had some challenges and delays but I am so happy with the final result.

• We know that you have already produced your own film called ‘The West End’ before launching this TV Series. In general, what emotions and satisfactions did you feel when you saw one of your written subjects move to film?

I was elated! It is such a thrill to hear my words coming out of the actors' mouths.

• Are there any other plans in the future? Do you want to anticipate something to our audience and show them where they can find both your books and your film products?

We are going to continue filming more episodes for Zenobia’s Lost Ones while we shop for distribution. I have two more screenplays to produce and my books are still available on Apple Books, Amazon, and Barnes & Noble.

• Thank you, Zenobia, for this interview. Would you like to dedicate these last lines to thank someone?

To my children for being my biggest cheerleaders, to the cast and crew for believing in me and the project. They gave me their best. Stefon, Skyy and Sierra thank you. My dearest friends, S Desiree Register, Lilly Smith, Sabrina Leake, and Virginia Jones for listening, being there, and giving me support. Lastly, to the Vegas Movie Awards, thank you for your time, consideration, and care of Zenobia’s Lost Ones. This has been a beautiful experience.